The representative of Maccabi Kharkov, teacher of the Lyceum “Shaalavim”, Alena Gurieva, took part in the Championship of Ukraine in French boxing “Savat”, which was held in Odessa April 19 – 22. After a stubborn fight, Alena took the first place and won the right to participate in the European Championship, which will be held in Toulouse, France in July this year. Congratulations to Alena, we wish her new victories! 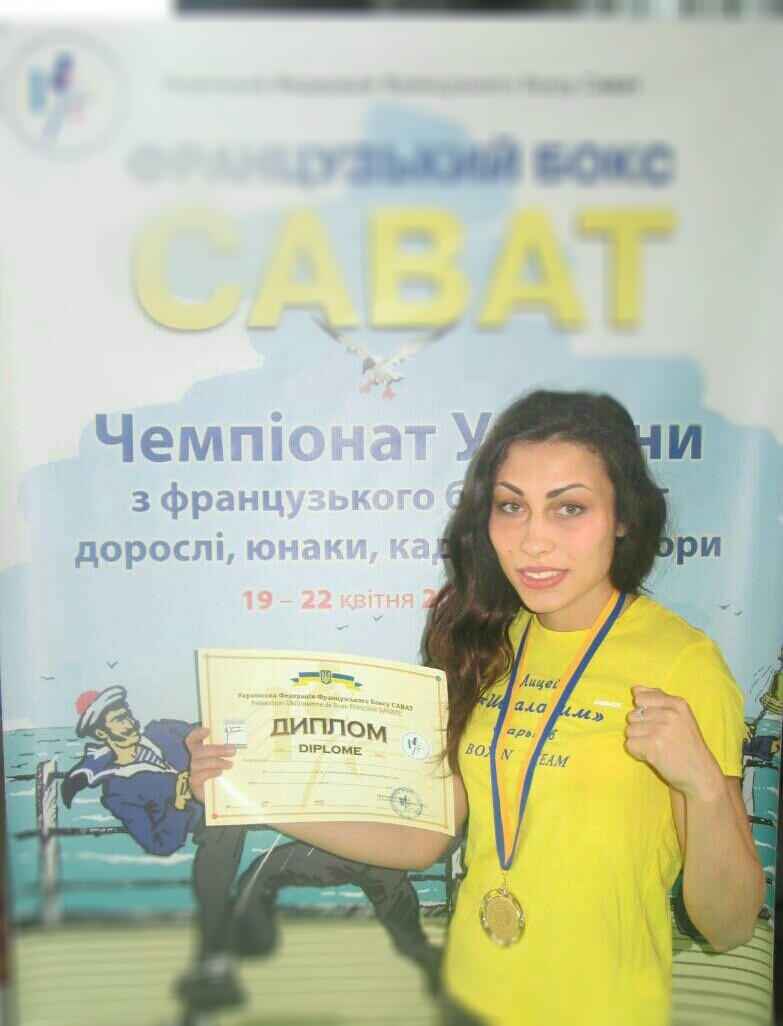 All-Ukrainian Association of Maccabi Organizations held an educational meeting in the city of Odessa on February 4 within the project “Memory” implementation. This project is implemented with the support of the Genesis Foundation, a graduate of one of the sections of the international conference “The Holocaust and Jewish Identity – New Directions in Jewish Education”, held in Yad Vashem in 2016. This project “Memory”, not only preserving the memory of the Holocaust, it is a warning. This is an appeal to all living creatures,  not to allow cruelty and inhumanity to deprive a person of the most important thing – the right to life. This is an occasion to ponder – to turn back and say: nevermore. Never! 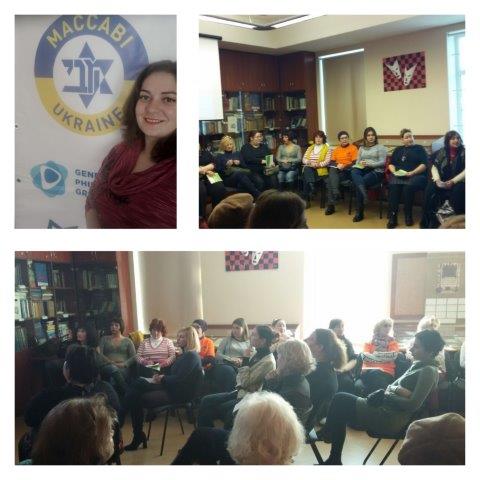 On January 28, a number of Sunday Jewish schools of the All-Ukrainian Association of Maccabi Organizations hosted commemorative events dedicated to the Holocaust Remembrance Day. The topic of the Holocaust is included in the curriculum of Sunday Jewish schools for each year.  Last year students visited Jewish places in Belarus as part of “Shoroshim” program, this year preparations  for a trip to Lithuania are under way. 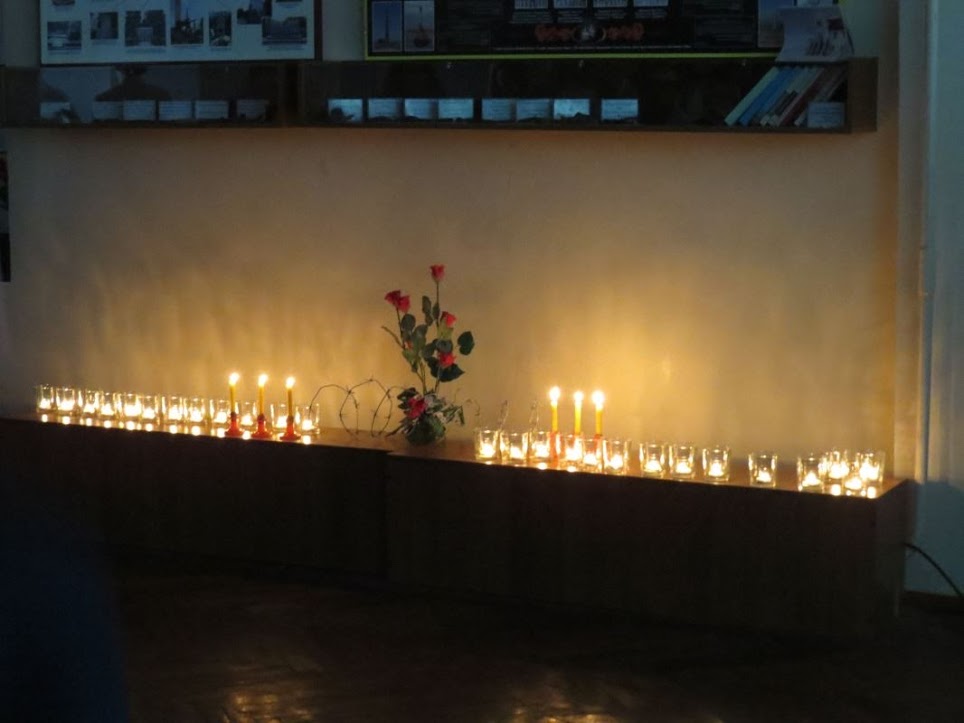 January 28th   the All-Ukrainian Association of Maccabi organizations held an educational event under the general title “Memory” in Kiev. The beginning of this project is dedicated to January 27th  -Holocaust Remembrance Day. This project is implemented with the support of the Genesis Foundation, a graduate of one of the sections of the international conference “The Holocaust and Jewish Identity – New Directions in Jewish Education”, held in Yad Vashem in 2016. The main goal of the project is to preserve the memory of the Holocaust.

Collected materials – stories, memories, family photos will be included in the collection: “The history of my Jewish family”. 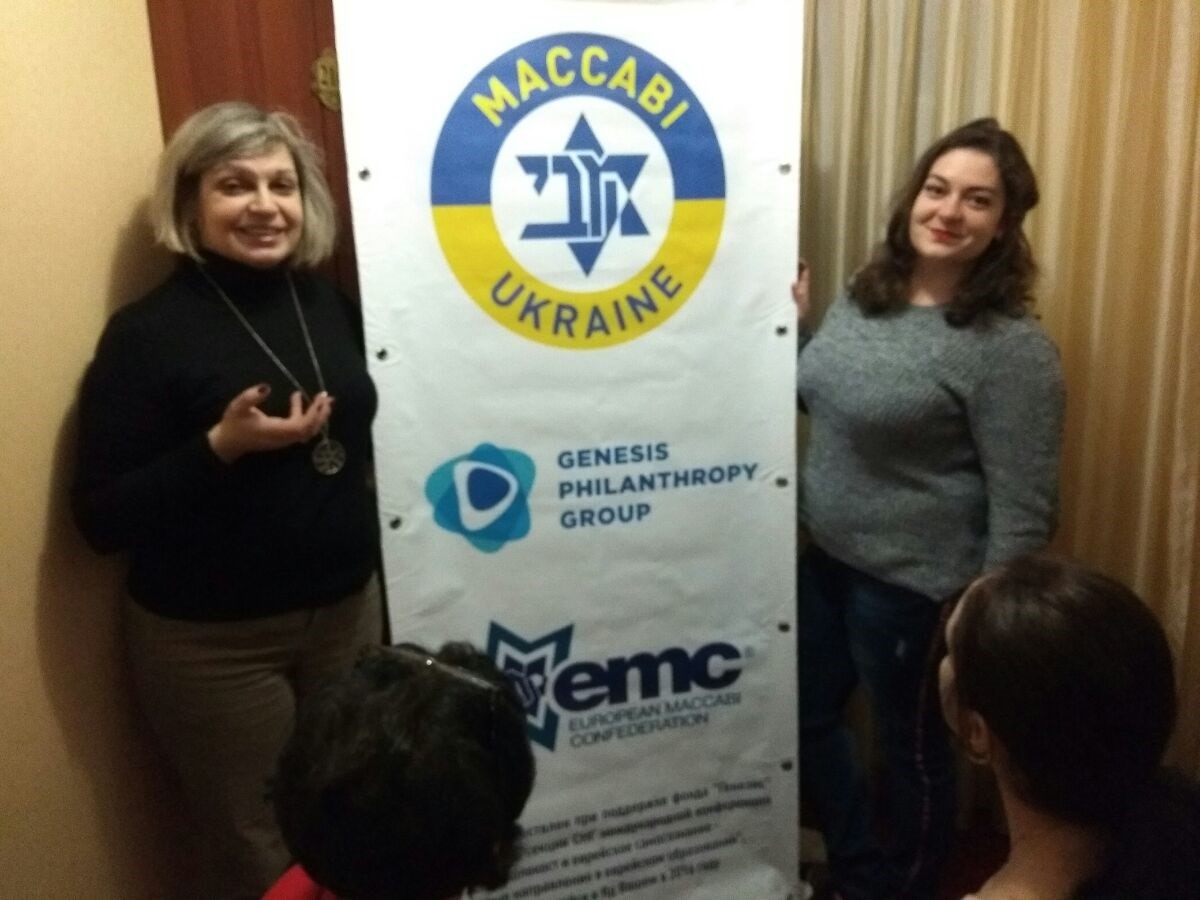 In Zaporozhye, despite the frost,  children and their parents came to the memorial to commemorate the victims of the Holocaust. For Zaporozhye an eerie symbol of the Holocaust remains a mass grave in the Kommunarskiy district, where about 36,000 people were killed, most of them Jews.

The memorial hosted a ceremony of lighting six candles in memory of 6 million dead Jews. Minutes of silence honored the memory of the victims of the Holocaust.

In Kharkov, the play  «Right to Live», dedicated to the feat of Janusz Korczak. The pedagogical and literary fame of Janusz Korczak was so great that even the Hitlerites were ready to free him from the “death camp”. But the teacher hasn’t  left his pupils, taking with them martyrdom. Thanks to the teacher, Larisa Borodan, who staged  this unique performance together with her pupils. This performance aimed at developing respectful attitude to different cultures and nationalities.

In Berdyansk, the ceremony of lighting six candles in memory of the Holocaust victims was held. The guys watched the video with the memoirs of one of the liberators of Auschwitz- Villi Brandt .

It is necessary to remember and speak about this Holocaust so that this can never happen again.

One of those, who responded to the call of Maccabi Ukraine to celebrate the 70th anniversary of the State of Israel, was the staff of the Jewish lyceum “Shaalavim” in Kharkov.

April, 16th they hosted relay race competitions among students of 1-6 grades under the slogan “We celebrate together”. 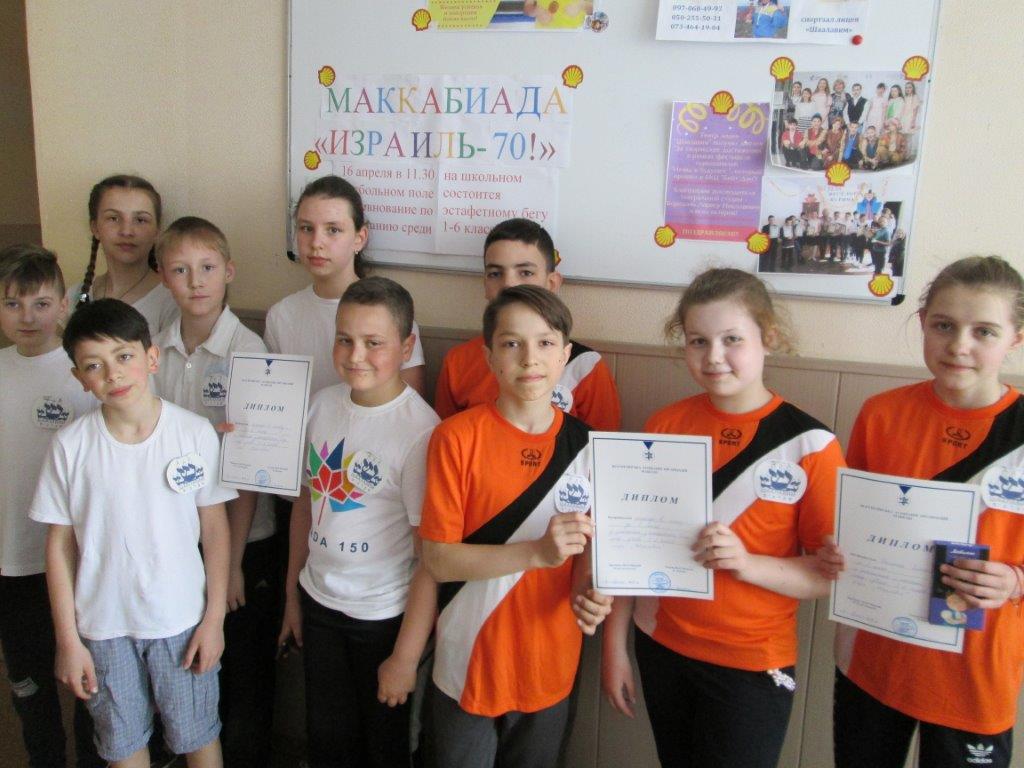