On July 21, the Halom Jewish Community Center and the All-Ukrainian Association of Maccabi Organizations, within the framework of the EruDayCo program, met with the famous athlete, gymnast Valeria Maksyuta. 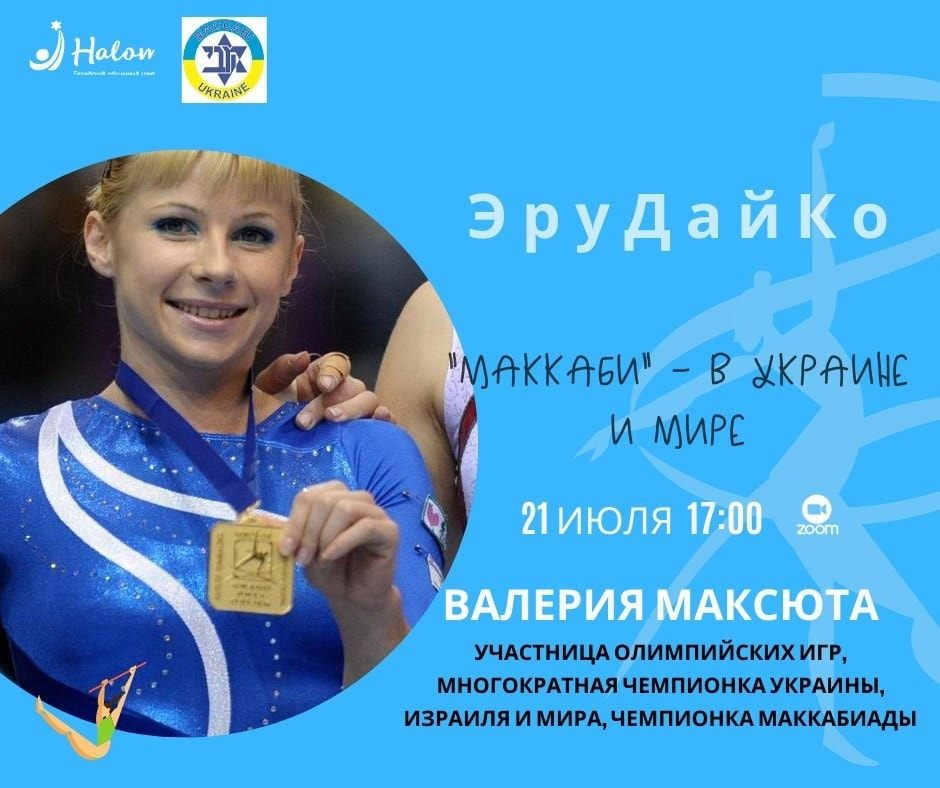 The Maccabi Chairperson spoke about the history of the Maccabi world movement, the history of Maccabi in Ukraine – in the pre-revolutionary, Soviet period and the era of independence, about the participation of the Ukrainian national team in the world Maccabiads. All those present could take part in the quiz, which was prepared by the All-Ukrainian Association of Maccabi Organizations, the winners will receive the book “Maccabi in Ukraine: a century and a quarter”, dedicated to the 25th anniversary of the All-Ukrainian Association of Maccabi Organizations, where they can expand their knowledge about the history of the organization and learn more about Ukrainian heroes Maccabi games, about outstanding Jewish athletes in various sports.