On August 10, 2014 in Odessa started the 2nd International Football Tournament “Friendship of Peoples” in memory of coaches from Odessa, Boris Krichinivker and Jozef Klatsman. The tournament was organized by the Odessa Jewish Cultural and Sports Club “Maccabi”. The general sponsor of the tournament was the “Teletrade” company. The tournament was held with the support of the All-Ukrainian Association of Maccabi. 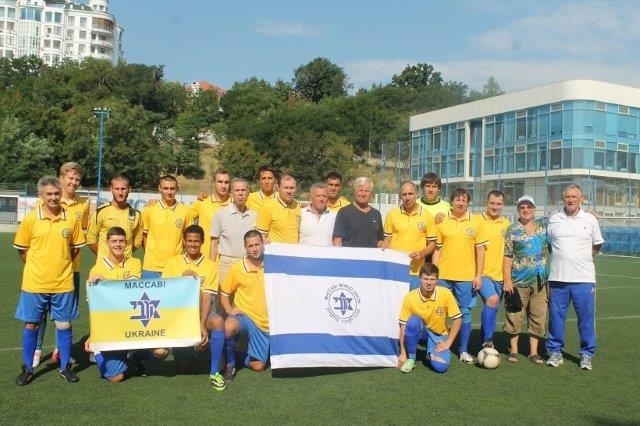 8 teams took part in the tournament – 4 strongest teams of national communities living in Odessa (Jewish, Bulgarian, Georgian, Gagauz) and 4 amateur teams, which are among the best in the city (SC “Odessa”, FC “Teletrade”, FC “Chernomorets U-17″, SC “Spartacus”). Matches were held on Sundays at the stadium of the sports base of FC “Chernomorets”.

In the opening match the football club “Maccabi Odessa” won against SC “Odessa” after a bitter struggle with a minimum score. The winning goal was scored by Gennady Gilerman. The Maccabi team included experienced players that played in the Premier League teams in Ukraine and abroad – Gennady Altman, Vitaly Parakhnevich – and young promising footballers – Anatole Clement, Maxim Poshekhontzev, Yigal Arie Beletsky. The coach is the legendary Odessa football player and coach, Viktor Zubkov.

The organizers, patrons and sponsors believe that the tournament this year was more relevant than ever, showing once again that the multinational Odessa is for peace and friendship between the peoples in the united Ukraine!