March 25, on the eve of Pessach, the Spring Championship of Rapid Chess among students of Jewish schools was held by Maccabi Odessa.

The tournament was supported by the Israeli Cultural Center in Odessa, JAFI in Ukraine and “Ohr Sameach”. Sponsors of the event were the company “Teletrade” and the information-analytical publication “Money Plus”.

Participants werer greeted by the Vice-President of Maccabi Odessa, Victor Zubkov, the regional Director of JAFI in Ukraine, Shlomo Azarov and the President of FC “Maccabi-Odessa”, Igor Feinstein 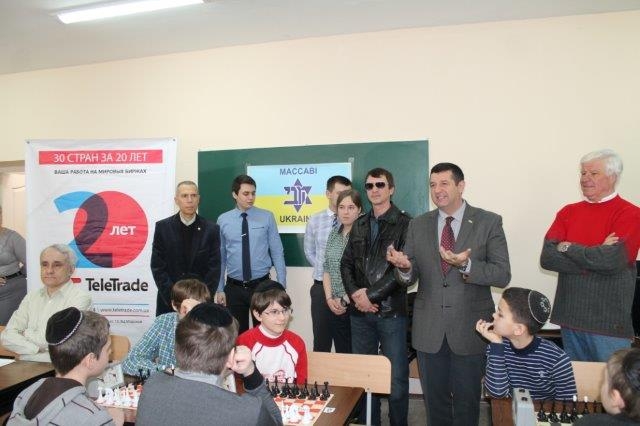 The participants and guests heard with great interest a comprehensive lecture of Maccabi Odessa President, Alexander Bromfman, about the Maccabi Movement in general and about the long and rich history of Maccabi in Odessa.

In the competition, which was held according to the Olympic system, took part 42 Jewish students of all ages, both boys and girls.

All participants and winners were awarded with gifts and prizes.